Interact with the Game: Favorite I'm Playing This I've Played This I Own This I've Beat This Want To Beat This Want To Play This Want To Buy This
Star Trek: Judgment Rites is a computer game first produced by Interplay in 1993, featuring the original cast of the classic Star Trek in a series of new adventures, including one featuring Trelane, the omnipotent child from the original episode "The Squire of Gothos". Judgment Rites uses the same DOS gaming engine as the earlier Star Trek: 25th Anniversary; however, it had sharper graphics and sound, particularly with the CD-ROM edition. The game is a change from the previous game in the series, Star Trek: 25th Anniversary, in that at least half the missions are part of an ongoing story arc, and one is a direct sequel to the final mission of the previous game. The space battle sequences are now completely optional, with adjustable difficulty. It was designed by Bruce Schlickbernd and Jayesh J. Patel, with scenarios by Michael A. Stackpole, Scott Bennie, Mark O'Green, and Liz Danforth. The canceled 1997 game Star Trek: Secret of Vulcan Fury notwithstanding, this game marks the last time DeForest Kelley played the role of Leonard McCoy. A special commemorative edition of this game was released on CD with several items, including a copy of the classic series episode "The City on the Edge of Forever" and a commemorative pin symbolizing one of the missions.
Game Info
Platforms: PC
Franchise: Star Trek
Released: 1993-11-30
Players: 1
Publisher:
Developer:
Rating: 8.00
Genres:
Tags:
Part of the Star Trek Fan Club
Star Trek Fan Club 2217 Wallpapers 444 Art 891 Images 217 Avatars 92 Gifs 204 Covers 42 Games 20 Movies 9 TV Shows 3 Discussions 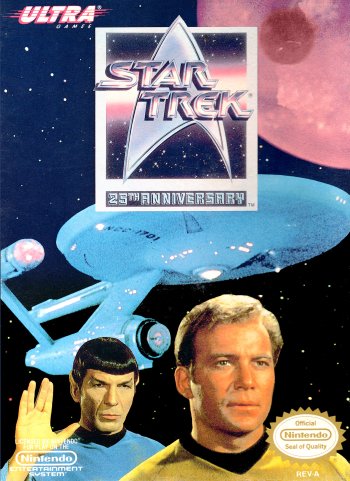