Interact with the Game: Favorite I'm Playing This I've Played This I Own This I've Beat This Want To Beat This Want To Play This Want To Buy This
Six board games are transformed to the computer screen in the third Hoyle's release. Snakes & Ladders, Backgammon, Yacht / Yahtzee, Checkers, Dominoes and Pachisi / Parcheesi all feature, with animated graphics and sound effects. As there is no time-sensitive action, and the game rules are familiar, these packs were designed to appeal to a wider range of people than most computer games. At least one human player is required - other players can be human or computer. The 18 computer opponents from the first Hoyle's game return, many of them modeled on other Sierra characters such as Larry Laffer, and again some play 'good' and some play 'evil'.
Game Info
Franchise: -
Released: 1992-08-03
Publisher: Sierra
Developer: Sierra
Platforms: PC Amiga
Genres: Strategy Simulation Trivia/Board Game Minigame Collection
Tags: 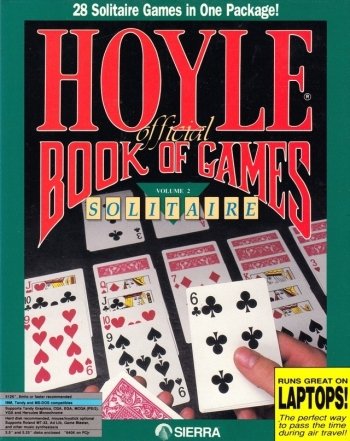