Interact with the Game: Favorite I'm Playing This I've Played This I Own This I've Beat This Want To Beat This Want To Play This Want To Buy This
The year is 2015, and machines, under the leadership of the super-computer Skynet, control the Earth. Deprived of their civilization, the surviving humans continue to resist the mechanical rulers. The protagonist escapes from the machines' extermination camp with the help of resistance soldiers. Eventually he meets the leader of the resistance, John Connor, and the young Kyle Reese, who send him on missions which are vital for humanity's survival. However, a strange phenomenon begins to occur, with enemies appearing out of nowhere. It seems that Skynet has perfected its technique of time manipulation, and the hero must travel in time to stop it. Terminator: Future Shock is a first-person shooter based on the Terminator movie series. The game is notable for being among the first in the genre to feature fully 3D environments and enemies, as well as mouse-based camera rotation, before those features were popularized by Quake. The game has an evolving story and missions with a military feel, including briefings in which it is possible to talk to several people and gather info. There are seventeen different weapons available. It is often necessary to navigate hazardous terrain, avoiding the effects of radiation. The protagonist can move on foot, or navigate vehicles such as a jeep with mounted weapons, or an aerial combat robot. There is no multiplayer component in the game.
Game Info
Franchise: Terminator
Released: 1995-12-31
Players: 1
Publisher: Bethesda
Developer: Bethesda
Platforms: PC
Genres: Action First-Person Shooter
Tags:
Part of the Terminator Fan Club
Terminator Fan Club 354 Wallpapers 117 Art 363 Images 139 Avatars 131 Gifs 18 Games 7 Movies 1 TV Shows 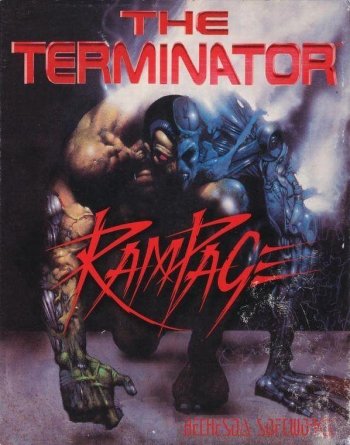 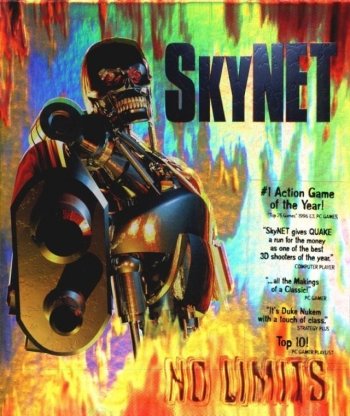 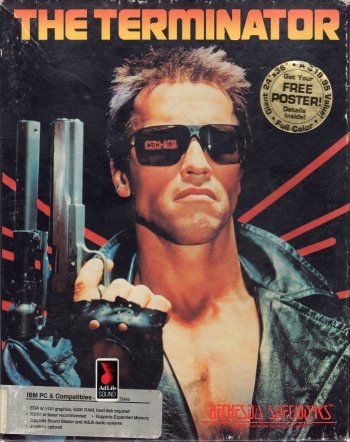