Info
1 Images
Interact with the Game: Favorite I'm Playing This I've Played This I Own This I've Beat This Want To Beat This Want To Play This Want To Buy This
Super Win the Game is the successor to the freeware game You Have to Win the Game. Like the first part the game is a puzzle platformer, this time resembling the visual style of a classical NES game. Again you play as a nameless hero called the Wayfarer. To win the game you will have to collect six fragments of the king's heart, who has been cursed by the Evil Wizard. As the player does not have any weapons he has to avoid any obstacles or enemies. Due to this and the high difficulty level with potentially lots of deaths of the player's character the gameplay may be compared with VVVVVV or l'Abbaye des Morts. However small bells numerously spread in the game world act as a checkpoints, so the game can be immediately resumed from there after dying. Apart from the color upgrade the most prominent change to it's predecessor is the addition of an overworld map similar to the one found in Zelda II. Navigation is done on that map, but when entering a village or dungeon the perspective will switch to the platform view as discussed above. Like in the first part the game can simulate a CRT screen, resembling a broad range of visual side effects like Persistence (causing motion blur), NTSC Scanlines or Bleeding as seen on many old TVs. Or (exclusive to the boxed version) you may switch on Anaglyph output for 3D effects with red-cyan glasses.
Game Info
Platforms: PC Mac Linux
Franchise: -
Released: 2014-10-01
Publisher: IndieBox, Inc.
Developer: Minor Key Games, LLC.
Rating: 0.00
Genres:
Tags:
2D
adventure
exploration
fantasy
Indie
Metroidvania
open world
Pixel Graphics
Platformer
retro
Side Scroller
Singleplayer

One Day : The Sun Disappeared 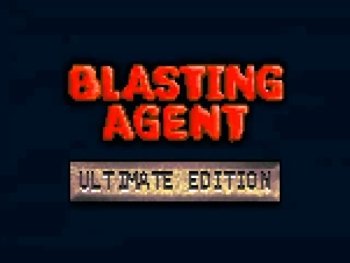