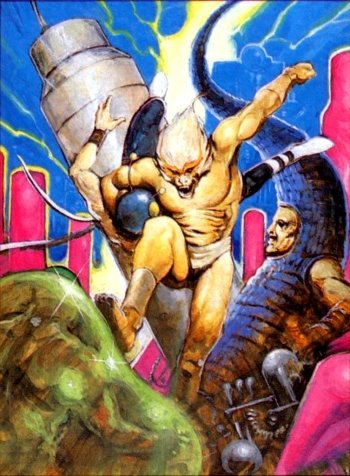 Info
Alpha Coders 1 Images
Interact with the Game: Favorite I'm Playing This I've Played This I Own This I've Beat This Want To Beat This Want To Play This Want To Buy This
Originally slated for release in 1991, Bio Force Ape allows you to play as a pet chimpanzee who must rescue his family by taking the mysterious Bio Force serum and mutating into a pro wrestler. It was the recipient of an extremely positive profile in Nintendo Power — “extremely positive” being NP‘s default setting back in the day — but then vanished, presumably never to be seen again. Last week, though, the archivists at Lost Levels not only acquired the long-lost prototype cartridge, but uploaded a playable version of it to the Internet.
Game Info
Franchise: -
Released: 2011-04-01
Players: 1
Publisher: Lost Levels
Developer: SETA Corporation
Platforms: Nintendo Entertainment System (NES) Nintendo Entertainment System
Genres: Action Platformer
Tags:

The California Raisins: The Grape Escape