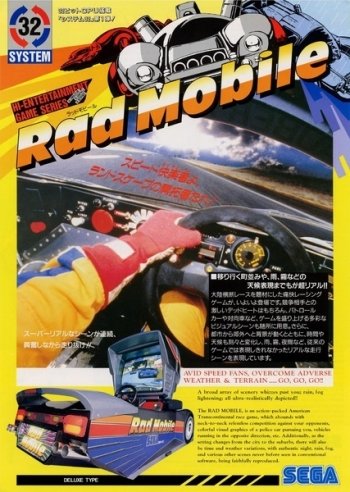 Info
Alpha Coders 2 Images
Interact with the Game: Favorite I'm Playing This I've Played This I Own This I've Beat This Want To Beat This Want To Play This Want To Buy This
Rad Mobile is a first person perspective racer and had the player engage into a non-stop road race across the USA while avoiding traffic and police cars under the time limit. The only player controlled car is a Ferrari 330 P4 type prototype racing against computer controlled opponents driving generic cars. The player would race with fifteen other rivals across the track, all attempting to prevent the player from winning. During some of the courses the player would have the opportunity to activate different controls, which include headlights for night driving and windshield wipers during rainstorms. If the player does not activate these controls when prompted, effects such as a restricted view of the road or a wet windshield will occur.
Game Info
Franchise: -
Released: 1990-12-31
Players: 1
Publisher: Sega
Developer: Sega AM2
Platforms: Arcade Saturn
Genres: Racing Driving/Racing Simulation
Tags: 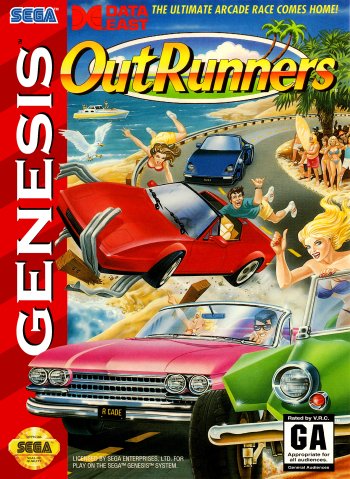 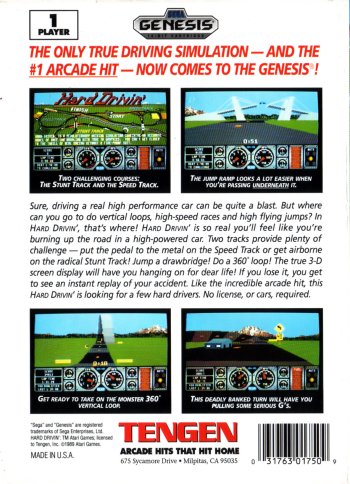 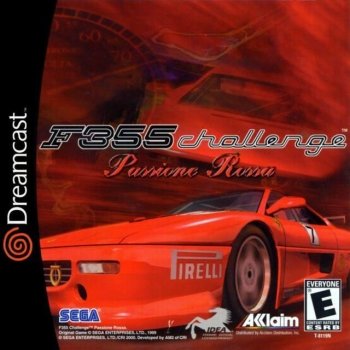