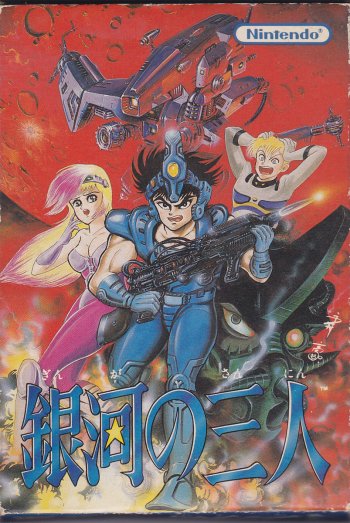 Info
Alpha Coders 1 Images
Interact with the Game: Favorite I'm Playing This I've Played This I Own This I've Beat This Want To Beat This Want To Play This Want To Buy This
In the year 2300, the human race created an Earth federation government and spread out into space to begin colonizing the surrounding planets. However, an alien species from the far reaches of outer space began attacking the human forces, putting the very survival of the human race at stake. Though it was only a matter of time before Earth fell to the enormous power of the enemy forces, the Earth's army commander issued an order calling all of the units dispersed around the colonized planets to return to Earth. The player takes the role of a young soldier who was stationed with the Rayieza unit on the planet Mars. The journey begins as he makes his way back to Earth along with the other members of his unit.
Game Info
Franchise: -
Released: 1987-12-15
Players: 1
Publisher: Nintendo
Developer: Enix
Platforms: Nintendo Entertainment System (NES) Nintendo Entertainment System
Genres: Role-Playing Simulation
Tags: