Interact with the Game: Favorite I'm Playing This I've Played This I Own This I've Beat This Want To Beat This Want To Play This Want To Buy This
Sanma no Meitantei (さんまの名探偵 Sanma no Meitantei?, lit. "Great Detective Sanma") is a murder mystery detective adventure game developed and published by Namco for the Famicom in 1987. In the vein of Portopia Renzoku Satsujin Jiken, the player must visit several locations associated with the murder victim, to discover clues which will open up more locations in order to find more clues until ultimately, the identity of the murderer can be confirmed. The game is played entirely in Japanese and was never translated into English. The summary of the story is that while the president Yoshimoto held a party at his villa, Katsura Buntin was found to have been killed in the vault. On top of that, the "Star of Africa" diamond that was stolen from the vault. As detective Sanma Akashiya's assistant, you must help him determine the perpetrators of the incident. The game features a mini game which is a parody of Galaxian, and contains sound effects from other Namco hits such as Dig Dug and Xevious
Game Info
Franchise: -
Released: 1987-04-02
Players: 1
Publisher: Pony Canyon
Developer: Natsume
Platforms: Nintendo Entertainment System (NES) Nintendo Entertainment System
Genres: Adventure Text Adventure
Tags: 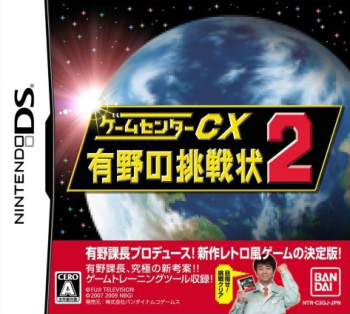