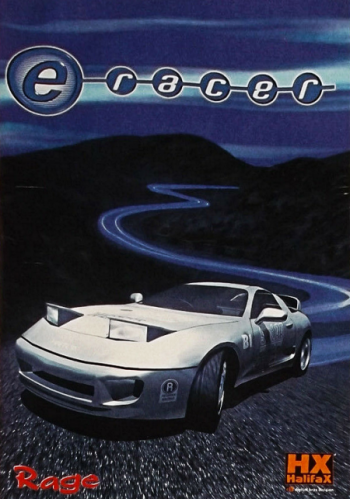 Info
Alpha Coders 1 Images
Interact with the Game: Favorite I'm Playing This I've Played This I Own This I've Beat This Want To Beat This Want To Play This Want To Buy This
e-Racer is a video game for Microsoft Windows created by Rage Software. It is a GT arcade racing game where you compete against computer opponents or other humans online in eight different cars. The single player game consisted of an Arcade mode and a Championship mode, where one would have to race against 7 other computer opponents and would need to finish either first or second in each race in order to advance to the next round.
Game Info
Franchise: -
Released: 2001-04-25
Players: 1
Publisher: Rage Software
Developer: Rage Software
Platforms: PC
Genres: Racing Driving/Racing
Tags: