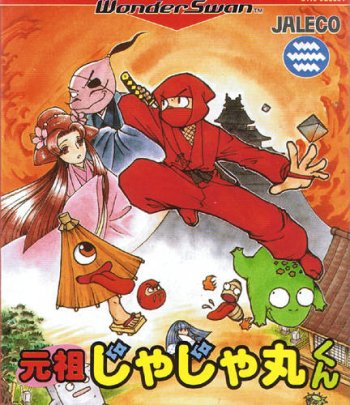 Info
Alpha Coders 1 Images
Interact with the Game: Favorite I'm Playing This I've Played This I Own This I've Beat This Want To Beat This Want To Play This Want To Buy This
Ganso JaJaMaru-kun (元祖じゃじゃ丸くん?) is a remake of the video game Ninja JaJaMaru-kun released in Japan on April 15, 1999 by Jaleco for the WonderSwan. It is an enhanced version of the original Famicom game with better control, though it uses monochrome graphics due to being an original WonderSwan game
Game Info
Franchise: -
Released: 1999-04-15
Players: 1
Publisher: Jaleco
Developer: Jaleco
Platforms: WonderSwan
Genres: Action Platformer
Tags: