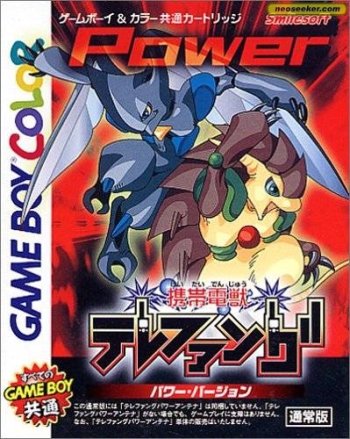 Info
Alpha Coders 1 Images
Interact with the Game: Favorite I'm Playing This I've Played This I Own This I've Beat This Want To Beat This Want To Play This Want To Buy This
In the year 2020 it has become possible to travel to the Denjuu world using D-Shots, special mobile phones. Making friends and sharing telephone numbers with Denjuu has become popular among humans. The protagonist, Shigeki, despite having originally arrived in the Denjuu world by accident, becomes determined to travel the world with his new Denjuu companion, and make more new friends while he is there. Keitai Denjuu Telefang (Japanese: 携帯電獣テレファング; Romaji: Keitai Denjuu Terefangu), also known as Telefang 1 (since there are two games in this series), is a video game for Game Boy Color released by Smilesoft in Japan. It is available in two versions, Power and Speed. The game was not released in English, and is best known among English audiences for the a bootlegged game version which was hacked and sold as a fake Pokémon game.
Game Info
Franchise: -
Released: 2002-04-26
Players: 1
Publisher:
Developer:
Platforms: Nintendo Game Boy Color Game Boy Advance
Genres: Role-Playing
Tags: 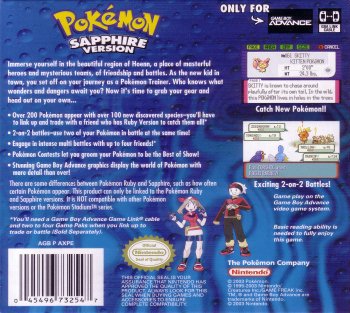 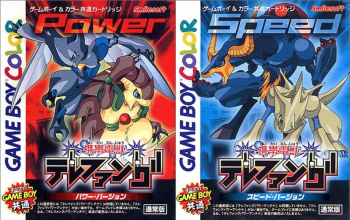 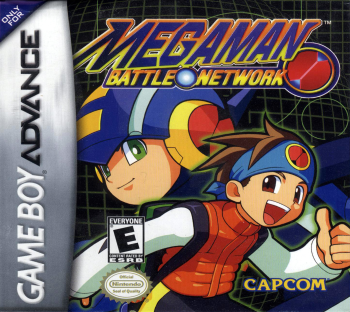