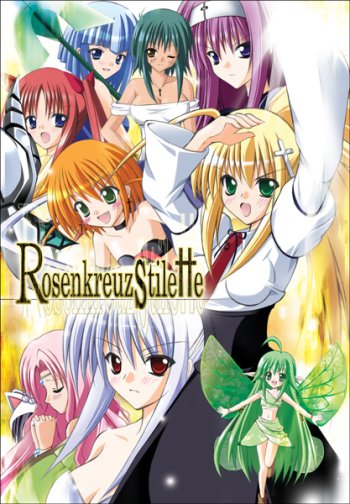 Info
Alpha Coders 1 Images
Interact with the Game: Favorite I'm Playing This I've Played This I Own This I've Beat This Want To Beat This Want To Play This Want To Buy This
This is a Japanese doujin soft game developed and published by [erka:es] and was released for Windows PC on December 31, 2007 at Winter Comiket 73. This game mechanics are based off the original Mega Man series, though this game uses a setting similar to Konami's Castlevania series. This game makes various references to not only to the original Mega Man series, but as well as the Mega Man X and Mega Man Zero series, Castlevania, and other various video and computer games, anime and manga series, visual novels, table-top RPGs, and board games. A digital re-release of the game was later released as Rosenkreuzstilette -[erka:es] The Best- Edition on July 10, 2009. A second digital release was released on PLAYISM on November 26, 2013. A sequel, Rosenkreuzstilette ~Freudenstachel~ was released in October 2012.
Game Info
Franchise: -
Released: 2012-10-20
ESRB: E - Everyone
Players: 1
Publisher: [erka:es]
Developer: [erka:es]
Platforms: PC
Genres: Action Platformer
Tags: