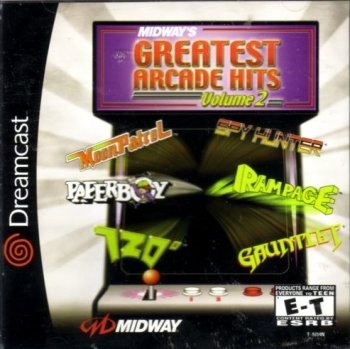 Info
Alpha Coders 1 Images
Interact with the Game: Favorite I'm Playing This I've Played This I Own This I've Beat This Want To Beat This Want To Play This Want To Buy This
Midway's Greatest Arcade Hits Volume 2 is a compilation of classic arcade games and was released for the Sega Dreamcast in 2000. It is a sequel to Midway's Greatest Arcade Hits Volume 1 (a retooled version of Williams Arcade's Greatest Hits). Each game is emulated, and is therefore identical to its arcade counterpart, save for Gauntlet, which was ported. Unlike the previous compilation, in which every game was built by Williams Electronics in the early 1980s, Volume 2 is more diverse, featuring games from Atari Games and Bally Midway, as well as one by Irem (whose overseas release was handled by Williams in 1982). Like its predecessor, despite its name and willingness to show an arcade stick on the front cover, Midway's Greatest Arcade Hits Volume 2 is not compatible with the Dreamcast Arcade Stick as movement is typically assigned to the analogue thumbstick of a standard Dreamcast Controller, not the D-Pad.
Game Info
Franchise: -
Released: 2001-11-22
Players: 1
Publisher:
Developer:
Platforms: Sega Dreamcast Game Boy Advance
Genres: Action Compilation
Tags: 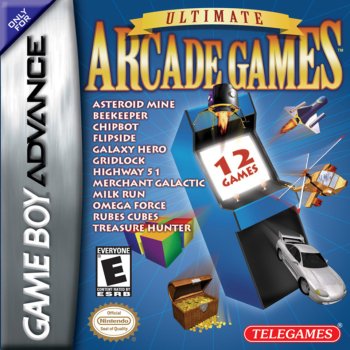