Interact with the Game: Favorite I'm Playing This I've Played This I Own This I've Beat This Want To Beat This Want To Play This Want To Buy This
'89 Dennou Kyuusei Uranai is one of those horoscope sims that used to be very popular in Japan in the early days of home consoles. They still exist today, but they tend to be extended to more interactive dating sims rather than just walls of text to read. This game being released in December 1988 and namely so, it was designed to predict your fortune for the upcoming year 1989. This makes attempting to play it already kind of useless once the year had passed. Therefore one can only look back at what the computer predicted for you back in 1989.
Game Info
Franchise: -
Released: 1988-12-10
Players: 1
Publisher: Jingukan Polaris
Developer: Micronics
Platforms: Nintendo Entertainment System (NES) Nintendo Entertainment System
Genres: Life Simulation Simulation
Tags: 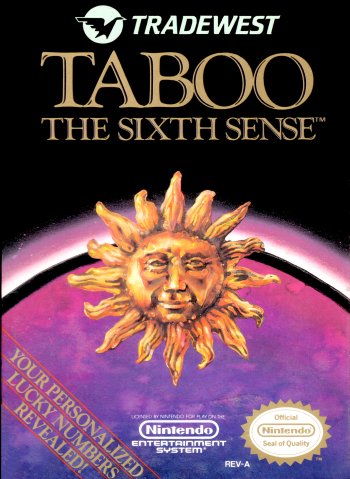