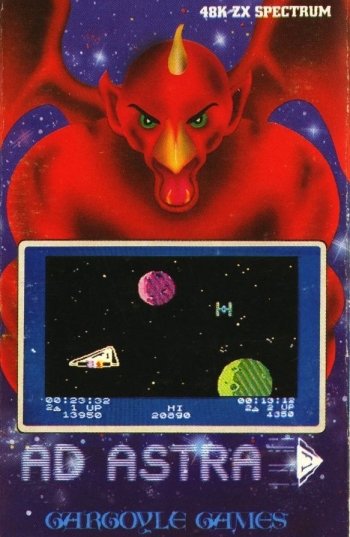 Info
3 Images
Interact with the Game: Favorite I'm Playing This I've Played This I Own This I've Beat This Want To Beat This Want To Play This Want To Buy This
So, basically you had to blast away at incoming enemy ships and avoid crashing into planetoids. The 3D effect of the planetoids coming towards you and the bad guys as they swooped 'out of' the screen was, at the time, pretty damn amazing. With six lives to play with and seven stages to play through, the game offered some variety and also a pretty tough challenge. Five different types of aliens attacked in eight different formations, firing two types of lasers at you. This was followed by a minefield stage where you had to destroy streams of rotating mines before they moved to close to your craft. Then come those pesky spinning saucers firing at you as they span across the gameplay area. These had to be hit several times to ensure destruction. The last phase was a 'Way Station'. A security code appeared for the next Way Station, and as the station appeared the player had remember this code and then input it correctly.
Game Info
Franchise: -
Released: 1984-12-31
Players: 2
Publisher: Gargoyle Games
Developer:
Platforms: Sinclair ZX Spectrum ZX Spectrum
Genres: Action Shoot 'Em Up
Tags: