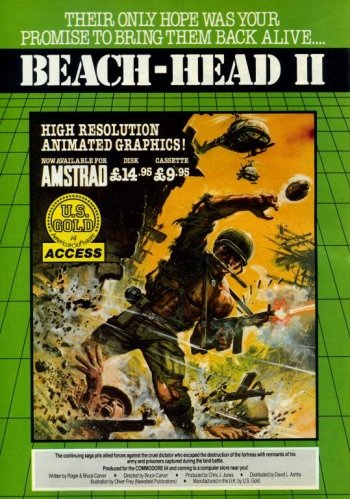 Beach Head 2 The Dictator Strikes Back

Info
Alpha Coders 2 Images
Interact with the Game: Favorite I'm Playing This I've Played This I Own This I've Beat This Want To Beat This Want To Play This Want To Buy This
Beach-Head II features the player pursuing the eponymous Dictator in several ways. There are four levels in the game. In the first level, called Attack, the player deploys soldiers along a path with walls to cover him from the dictator's gun. The objective is to destroy the gun. The second level involves rescuing the prisoners from deadly obstacles by clearing them with a gun. The third level's objective is to escape from the area by flying a helicopter with the prisoners out of the dictator's fortress. Finally the player and the dictator face off, on opposite cliffs, separated by water. To defeat him, the player must make him fall in the water by throwing knives at him. The Dictator tries to do the same to the player. In one player mode there are three skill levels, harder modes resulting in faster movements and the computer opponent using better artificial intelligence. In two player mode, one player controls the usual side whilst his opponent controls the Dictator's forces. This game was notable for using synthesized speech (courtesy of Electronic Speech Systems, then of Berkeley, California). Known for its deathly scream (also heard in Epyx's Impossible Mission), laughing, "I'm hit", "Medic", "Hey! Don't shoot me" and "You can't hurt me".
Game Info
Franchise: -
Released: 0000-00-00
Players: 2
Publisher: Us Gold
Developer:
Platforms: Sinclair ZX Spectrum Amstrad CPC Apple II Commodore 64 ZX Spectrum Atari 8-bit
Genres: Action
Tags: 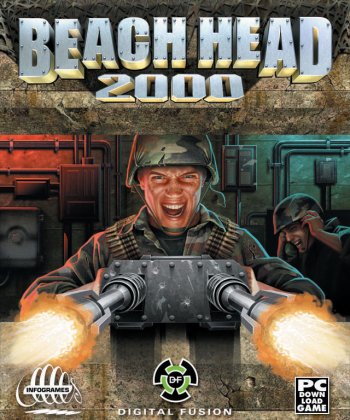