Game Abyss Supremacy: Your Will Be Done 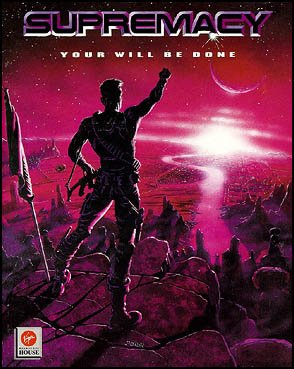 Supremacy: Your Will Be Done

Info
1 Images
Interact with the Game: Favorite I'm Playing This I've Played This I Own This I've Beat This Want To Beat This Want To Play This Want To Buy This
The goal of Supremacy is to create and protect a network of planetary colonies and defeat a computer adversary who is trying to do the same. There are four skill levels, each represented by an enemy race, and each featuring a progressively stronger opponent. The more advanced a system is, the more freedom a player has when purchasing spacecraft. Higher skill levels also result in different numbers of planets in each system.
Game Info
Franchise: -
Released: 1992-12-31
Players: 1
Publisher: Melbourne House
Developer: Probe Software
Platforms: Commodore 64 Amiga
Genres: Strategy Real-Time Strategy
Tags: