Info
2 Wallpapers 2 Images
Interact with the Game: Favorite I'm Playing This I've Played This I Own This I've Beat This Want To Beat This Want To Play This Want To Buy This
Angry Birds 2 is a 2015 puzzle video game developed by Rovio Entertainment as the twelfth game in the Angry Birds series, and is the direct sequel to the original Angry Birds. It is free-to-play with optional purchases for in-game currency. The gameplay features a new bird named Silver, spells instead of power-ups and gameplay occurs in multi-stage levels. It was soft-launched in Canada on March 5, 2015 as Angry Birds Under Pigstruction,[1] and it was released for iOS and Android worldwide on July 30, 2015 and the name was changed to Angry Birds 2.[2]
Game Info
Franchise: Birds
Released: 2015-07-30
Developer: Rovio Entertainment Ltd.
Platforms: Android iPhone iPad
Genres: Puzzle
Tags:
Part of the Birds Fan Club
Birds Fan Club 10222 Wallpapers 201 Art 2142 Images 1470 Avatars 618 Gifs 2 Games 1 TV Shows 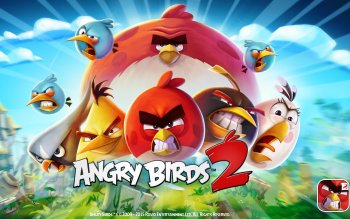 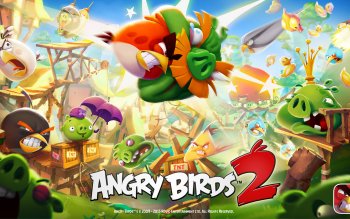