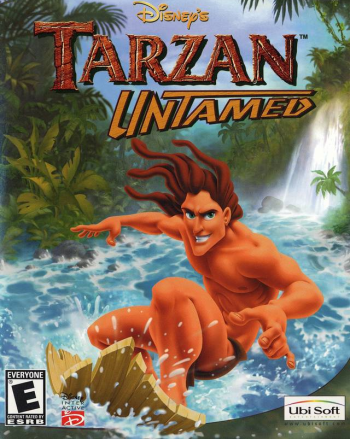 Info
Alpha Coders 1 Images
Interact with the Game: Favorite I'm Playing This I've Played This I Own This I've Beat This Want To Beat This Want To Play This Want To Buy This
Disney's Tarzan: Untamed (known as Disney's Tarzan: FreeRide in Europe and Japan) is a 2001 action-adventure video game released by Ubisoft Montreal for the PlayStation 2 and was a launch title for the GameCube. Picking up quite a while after the defeat of Clayton, Jane and Professor Porter now speak Gorilla-language fluently and Jane is married to Tarzan. However, their lives are threatened once again by a brutal band of British explorers led by the unscrupulous Oswald Gardner, who becomes fascinated with Tarzan and strives to capture the ape-man and take him back to England as a media attraction.
Game Info
Franchise: Tarzan
Released: 2001-11-13
ESRB: E - Everyone
Players: 1
Publisher: Ubisoft
Developer: Ubisoft Montreal
Platforms: Nintendo GameCube PlayStation 2 GameCube
Genres: Action
Tags:
Part of the Tarzan Fan Club
Tarzan Fan Club 4 Wallpapers 2 Art 6 Images 1 Avatars 7 Games 36 Movies 2 TV Shows

Disney's Tarzan: Return to the Jungle 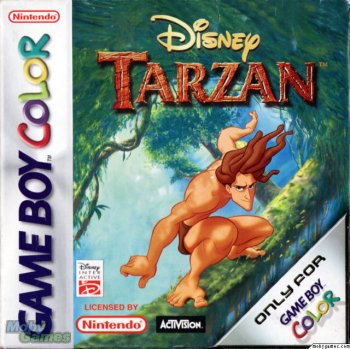 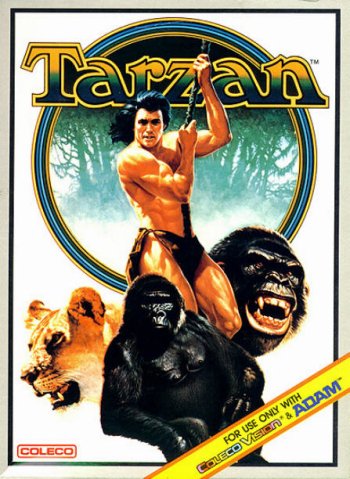