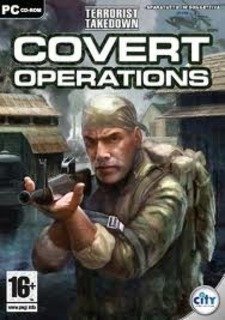 Info
Alpha Coders 1 Images
Interact with the Game: Favorite I'm Playing This I've Played This I Own This I've Beat This Want To Beat This Want To Play This Want To Buy This
Officially, no one declared war - but people keep dying. Deep in the South American jungle, a U.S. unit sent to destroy a drug cartel was ambushed. The survivors have been taken hostage by the terrorists. You're in command of an elite Special Forces unit, and it's time for action! Your mission seems simple: to rescue the hostages. But faulty reconaissance turns it into a desperate fight for survival. To win this fight, you'll have to fight hand-to-hand, use explosives to blow your enemies sky-high, and silently execute them at extreme range in sniper mode. Do everything you can to survive, and complete your mission!
Game Info
Franchise: -
Released: 2006-11-10
Players: 1
Publisher: CI Games
Developer: Merscom LLC
Platforms: PC
Genres: Action Shooter
Tags: