Interact with the Game: Favorite I'm Playing This I've Played This I Own This I've Beat This Want To Beat This Want To Play This Want To Buy This
Evolution Skateboarding is a 2002 skateboarding video game released by Konami for the PlayStation 2 and GameCube. It consists of several popular skateboarders, such as Rick McCrank, Arto Saari, Kerry Getz, and Danny Way. There is also a create-a-skater feature and an unlockable character for every skater the player completes the game as. There are also sets of level specific songs such as the metal-remix of the Metal Gear Solid theme and a Castlevania theme after unlocking the Vampire Hunter. Levels are unlocked by beating a certain amount of objectives in a current level, such as collecting items like boots and other objects, performing tricks in certain areas of a level, and the occasional grinding a certain amount of meters. The Evolution Skateboarding engine was used in the bonus skateboarding mode included in the PlayStation 2 version of Metal Gear Solid 2: Substance.
Game Info
Franchise: -
Released: 2002-10-09
Developer:
Platforms: Nintendo GameCube Sony Playstation 2 PlayStation 2 GameCube
Genres: Skateboarding
Tags: 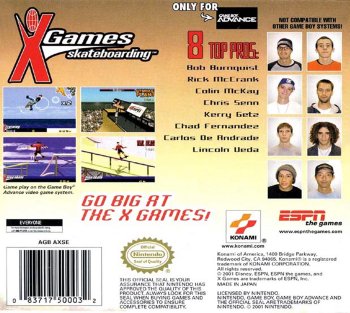 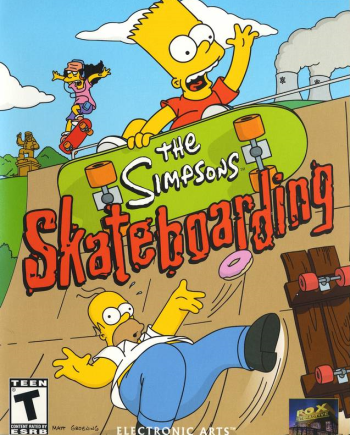