Interact with the Game: Favorite I'm Playing This I've Played This I Own This I've Beat This Want To Beat This Want To Play This Want To Buy This
Close Combat is a World War II real-time tactics game, developed by Atomic Games, and released on January 1, 1996 for the Mac[1] and June 30, 1996 for the PC.[2] The first installment of the Close Combat series, the game is played on a two-dimensional map, between two players.[3] Close Combat is based on the fighting of the U.S. 29th Infantry Division and the German defenders from Omaha Beach to Saint-Lô during Operation Cobra; all the units in the game are based on those used in 1944. The game may be played as either the Germans, or the Americans.The game received mainly positive reviews.[4]
Game Info
Franchise: -
Released: 1996-07-01
Publisher: Microsoft
Developer: Atomic Games
Platforms: PC Mac
Genres: Strategy
Tags:

Close Combat: A Bridge Too Far 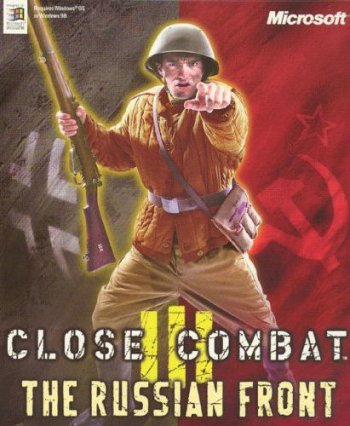