Interact with the Game: Favorite I'm Playing This I've Played This I Own This I've Beat This Want To Beat This Want To Play This Want To Buy This
Few rivalries in American history evoke stronger emotional reactions than that of the oldest rivalry in American Motorsports – Ford vs. Chevy. This competition appeals to tens of millions of Ford and Chevy owners and NASCAR racing fans. Ford vs. Chevy takes players to the town of Westington where residents and rivals Tyrone Baker and Eddie Olson got things started way back in the earliest days of motoring by racing their Ford Model T and Chevy 490. Over the years, their rivalry grew and soon other Ford and Chevy owners started to join in the fun. Out of this rivalry, the Westington Cup was born. And so we come to today – the Westington Cup tournament is about to begin. As a driver for either the Ford or the Chevy team, it’s time to defend your pride as you battle in a variety of different races, missions and vehicles. It's furious fun as you race 48 of the hottest Ford and Chevy cars, trucks and race cars of all time.
Game Info
Franchise: Ford
Released: 2005-11-09
ESRB: E - Everyone
Players: 1
Publisher: 2K Games
Developer: Eutechnyx
Platforms: Sony Playstation 2 PlayStation 2 Xbox
Genres: Racing Driving/Racing
Tags:
Part of the Ford Fan Club
Ford Fan Club 4834 Wallpapers 62 Art 2254 Images 169 Avatars 39 Gifs 9 Games 3 Movies 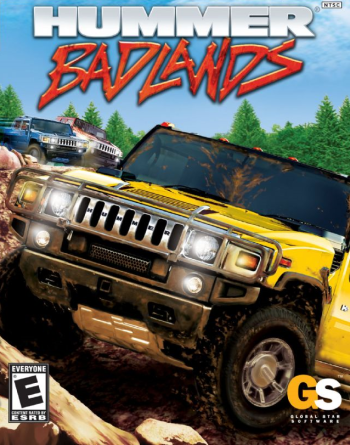