Info
1 Wallpapers 1 Mobile Walls 1 Images
Interact with the Game: Favorite I'm Playing This I've Played This I Own This I've Beat This Want To Beat This Want To Play This Want To Buy This
You are Athena, a school girl who goes around fighting crime, along with her friend Kensu (Player 2), Athena sets out to bring peace to the world by killing all monsters. This game serves somewhat as a sequel to an earlier SNK game by the name of Athena. Following the end of that game, the goddess Athena returned to heaven and faded from the minds of the mortals on earth below. The Athena in this game is said to be a reincarnation of her and she has a normal job as a pop star.Psycho Soldier is an Action game, developed and published by SNK, which was released in 1987.
Game Info
Franchise: -
Released: 1987-12-31
ESRB: E - Everyone
Players: 2
Play Modes: Coop
Publisher: Snk
Developer: Snk
Platforms: Arcade Amstrad CPC Commodore 64 ZX Spectrum PlayStation Network (PS3) PlayStation Network (PSP) PlayStation 4 Nintendo Switch
Genres: Shooter
Tags: 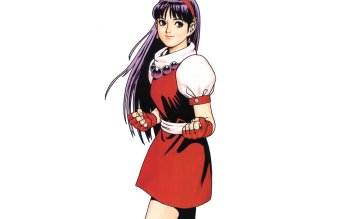