Interact with the Game: Favorite I'm Playing This I've Played This I Own This I've Beat This Want To Beat This Want To Play This Want To Buy This
Tony Hawk's Pro Skater 5 is a skateboarding video game in the Tony Hawk's series developed by Robomodo and Disruptive Games, and published by Activision.[7] The game is the tenth game in the series, being the first main entry in the series since 2007's Proving Ground. The game was released on PlayStation 4 and Xbox One on September 29, 2015 and was critically panned. Patches have since been released to fix the game and add new content. The PlayStation 3 and Xbox 360 versions were released on December 15, 2015 in North America and Europe, after they were delayed to improve the original versions.
Game Info
Platforms: Microsoft Xbox 360 Microsoft Xbox One Xbox 360 PlayStation 3 PlayStation Network (PS3) Xbox One PlayStation 4
Franchise: -
Released: 2015-09-29
Publisher: Activision
Developer: Robomodo
Rating: 0.00
Genres:
Tags: 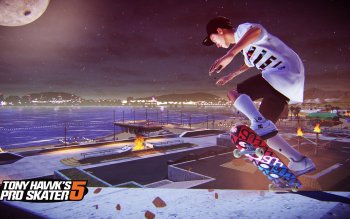 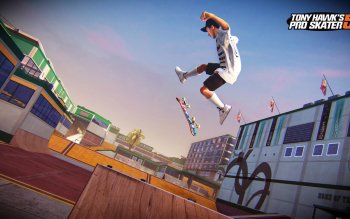