Interact with the Game: Favorite I'm Playing This I've Played This I Own This I've Beat This Want To Beat This Want To Play This Want To Buy This
In 2050, after a great earthquake, the Moon got an atmosphere and conditions for normal human life. 50 years later, the Moon is inhabited by humans and a great tourist attraction. A boy called Daichi arrives on the Moon and hears the strange stories about people with rabbit ears. Soon he meets V-Mei, an old witch and her granddaughter Guri Guri, the members of the Long-Ears race which is in war with the evil Jadou Clan who wants to conquer the world. Sensing a power in the boy, V-Mei gives the magic gun to Daichi and reveals to him that he is the chosen Madou Warrior who will save the Long-Ears race and their land Rabiluna from the evil Jadou Clan. With the magic gun, Daichi can summon Granzort – the Madou King of Earth – a giant robot to fight against the monsters of the Jadou Clan. Soon, Daichi, V-Mei and Guri Guri meet two other boys – Gus and Rabi. Gus receives a magic bow that summons Winzart – the Madou King of Wind, while Rabi receives a magic top that summons Aquabeat – the Madou King of Water. Together, Daichi, Gus, Rabi, V-Mei and Guri Guri travel to the world of Rabiluna in order to free it from the Jadou Clan.
Game Info
Franchise: -
Released: 1990-04-06
Players: 1
Publisher: Hudson
Developer: Mutech
Platforms: TurboGrafx 16 SuperGrafx
Genres: Action Platformer
Tags: 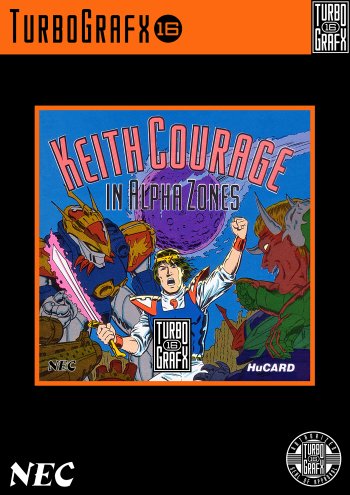