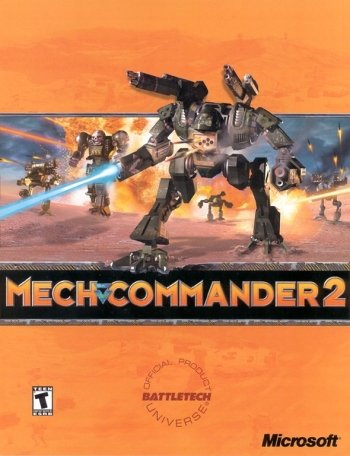 Info
Alpha Coders 2 Images
Interact with the Game: Favorite I'm Playing This I've Played This I Own This I've Beat This Want To Beat This Want To Play This Want To Buy This
On the world of Carver V, the FedCom civil war between House Davion and House Steiner threatens to pull plenty of innocent bystanders into the maelstorm... It also offers plenty of opportunities for a veteran mercenary commander... Such as yourself. MechCommander 2 is a game of real-time tactical mech combat, and a sequel to the original MechCommander. Take on missions from your employer(s). Once you have selected a mission, you need to outfit your mechs. You can purchase new mechs if you have enough C-Bills, but most of your acquisition will come from salvage of downed mechs. You can then refit the mechs by changing its loadout to customize for the pilot. After you have chosen your mechs and properly outfitted them, it's time to assign your pilots. Each pilot can have zero or more specialties, depending on experience level, and those skills can siginificantly increase his or her effectiveness. It takes good planning to match the right mech to the right pilot. On the full 3D battle field, you will control movement, targetting, and engagement tactics of your mechs. Call in support elements such as artillery and airstrikes, scout choppers and sensor probes, even a salvage team to salvage downed mechs. Capture resource buildings or resource trucks for more "support pts". Capture turret stations to turn the owner's weapons against them, or blow up the generators, or the control station, or the turrets. It's all up to you. Take over the sensor control station to obtain sensor data. Capture military installations to get better weapons. The action is in real-time (pausable), and the full 3D view is rotatable in all directions (up/down/full 360 pan) and zoomable. Terrain is full 3D with plenty of trees and other objects, from infantry and battlearmor to trucks and other transport vehicles. Plenty of things to blow up on the ground, from fuel tanks (which causes BIG explosions) to ammo dumps (more big explosions), to plenty of civilian buildings. After you fulfill your mission objectives (primary and secondary available), the pilots get medals and campaign ribbons if applicable based on performance, and gain experience. If they gain sufficient experience they may gain a level and win a special expertise (such as LRM, Laser, etc.) You can also salvage downed mechs (including any you lost) and perhaps sell them for further profit. Multiplayer is quite robust with internet play and plenty of options and different game modes.
Game Info
Franchise: -
Released: 2001-07-17
ESRB: T - Teen
Players: 4+
Publisher:
Developer:
Platforms: PC
Genres: Strategy Role-Playing Real-Time Strategy
Tags: 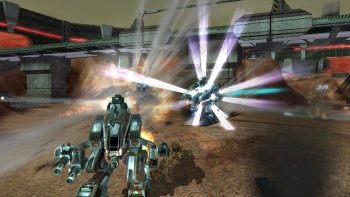