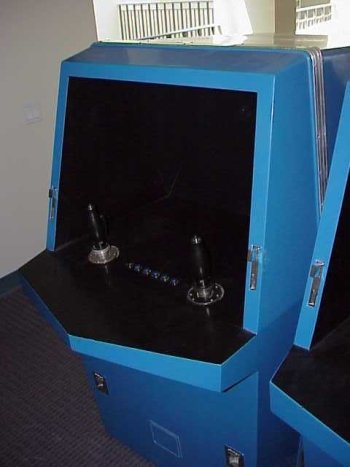 Info
Alpha Coders 1 Images
Interact with the Game: Favorite I'm Playing This I've Played This I Own This I've Beat This Want To Beat This Want To Play This Want To Buy This
Galaxy Game is a space combat arcade game developed in 1971 during the early era of video games. Created by Bill Pitts and Hugh Tuck, it was one of the first coin-operated video games; its initial prototype display in November 1971 at the Tresidder student union building at Stanford University was only a few months after a similar display of a prototype of Computer Space, making it the second known video game to charge money to play. Galaxy Game is an expanded version of the 1962 Spacewar!, potentially the first video game to spread to multiple computer installations. It features two spaceships, "the needle" and "the wedge", engaged in a dogfight while maneuvering in the gravity well of a star. Both ships are controlled by human players.
Game Info
Franchise: -
Released: 1971-09-30
Players: 2
Developer:
Platforms: Arcade
Genres: Shooter
Tags: