Info
1 Art 2 Images 1 Avatars
Interact with the Game: Favorite I'm Playing This I've Played This I Own This I've Beat This Want To Beat This Want To Play This Want To Buy This
HEX: Shards of Fate (Hex or Hex TCG) is a massively multiplayer online trading card game (MMOTCG) by Cryptozoic Entertainment. It is the first game in the MMOTCG genre. It was funded via Kickstarter, and raised US$2,278,255 while its campaign was active.[1] As of October 28, 2013, this made Hex the 11th most-funded video game on Kickstarter.[2] As a digital TCG, it features unique features such as socketing and transformation of cards.[3] The game is playable on Windows and OS X. Hex: Shards of Fate started Closed Alpha testing on October 8, 2013. In April of 2014 the game went into Closed Beta, which included all Kickstarter backers as well as so-called "Slacker Backers". Per August the game still remains in Closed Beta, but new players are frequently invited with beta invite keys. As of May 2015, the game is currently available to all on PC in an early access phase and should officially launch later in the year on PC and iOS, and possibly on Android.[4] On May 14, 2014, Wizards of the Coast filed a lawsuit against Cryptozoic for infringement of intellectual property, claiming that Hex: Shards of Fate is just a clone of Magic: The Gathering. Wizards of the Coast says "While we appreciate a robust and thriving trading card game industry, we will not permit the misappropriation of our intellectual property."[5] On May 19, 2014, Cryptozoic responded to the lawsuit that "Although we take all pending litigation seriously, we do not find any merit to the allegations in the complaint."[6] On Sep 24, 2015, Wizards of the Coast, Cryptozoic Entertainment and Hex Entertainment have settled the lawsuit with undisclosed terms.[7][8]
Game Info
Platforms: PC Mac
Franchise: -
Released: 2013-12-31
Publisher:
Developer:
Rating: 0.00
Genres:
Tags:
adventure
card game
fantasy
Free to Play
magic
multiplayer
RPG
Strategy
Trading Card Game
Turn-Based 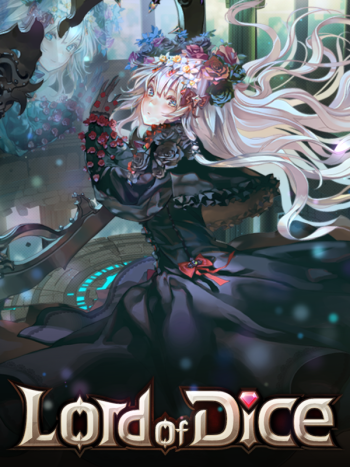 DICETINY: The Lord of the Dice

Magic 2015 - Duels of the Planeswalkers

Magic 2014 — Duels of the Planeswalkers