Interact with the Game: Favorite I'm Playing This I've Played This I Own This I've Beat This Want To Beat This Want To Play This Want To Buy This
Grand Theft Auto Online is a persistent, open world online multiplayer video game developed by Rockstar North and published by Rockstar Games. It was released on 1 October 2013 for the PlayStation 3 and Xbox 360, and was released on 18 November 2014 for PlayStation 4 and Xbox One, with a Microsoft Windows version on 14 April 2015. The game is the online multiplayer mode for Grand Theft Auto V. Set within the fictional state of San Andreas (based on Southern California), Grand Theft Auto Online allows up to 30 players[a] to explore the open world and engage in cooperative or competitive game matches. The open world design lets players freely roam San Andreas, which includes open countryside and the fictional city of Los Santos (based on Los Angeles). Developed in tandem with the single-player mode, Grand Theft Auto Online was conceived as a separate experience, to be played in a continually evolving world. At release, it received generally positive reviews, with praise particularly directed at the scope and open-ended gameplay. Critics were polarised by the widespread technical issues at launch, which resulted in the inability to play missions, and loss of character data. It won divided year-end accolades, ranging from Biggest Disappointment to Best Multiplayer, from several gaming publications. The game also receives frequent updates, which are available for free.
Game Info
Franchise: -
Released: 0000-00-00
Players: 4+
Play Modes: Coop
Developer:
Platforms: PC
Tags: 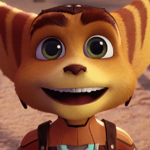