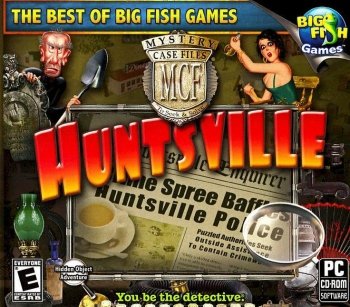 Info
2 Images
Interact with the Game: Favorite I'm Playing This I've Played This I Own This I've Beat This Want To Beat This Want To Play This Want To Buy This
Mystery Case Files: Huntsville is the first installment in the Mystery Case Files franchise and was released in November 2005 and immediately broke sales records for casual games. The player takes the role of a master detective to solve a series of seemingly random crimes in the small town of Huntsville. The game features a number of locations to explore and introduced the Crime Computer which is still a main part of the series.
Game Info
Franchise: -
Released: 2006-01-27
Developer:
Platforms: PC Mac
Genres: Action Puzzle
Tags: