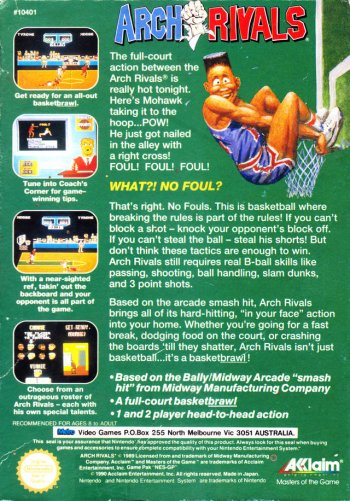 Info
Alpha Coders 3 Images
Interact with the Game: Favorite I'm Playing This I've Played This I Own This I've Beat This Want To Beat This Want To Play This Want To Buy This
The full-court action between the Arch Rivals is really hot tonight. Here's Mohawk, taking it to the hoop... POW! He just got nailed in the alley with a right cross! FOUL! FOUL! FOUL! What?! No Foul? That's right. No Fouls. This is basketball where breaking the rules is part of the rules! If you can't block a shot - knock your opponent's block off. If you can't steal the ball - steal his shorts! But don't think these tactics are enough to win. Arch Rivals still requires real B-ball skills like passing, shooting, ball handling, slam dunks, and 3 point shots. Based on the arcade smash hit, Arch Rivals brings all of its hard-hitting "in your face" action into your home. Whether you're going for a fast break, dodging food on the court, or crashing the boards 'til they shatter, Arch Rivals isn't just basketball... it's a basketbrawl!
Game Info
Franchise: -
Released: 1990-01-01
Players: 2
Publisher: Midway
Developer: Midway
Platforms: Nintendo Entertainment System (NES) Game Gear Genesis Nintendo Entertainment System Arcade
Genres: Sports Basketball
Tags: 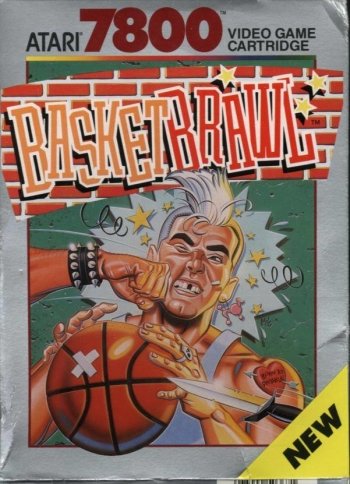 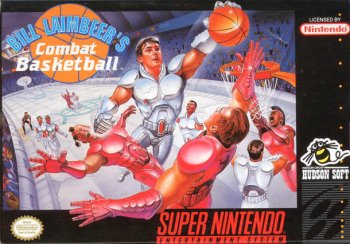 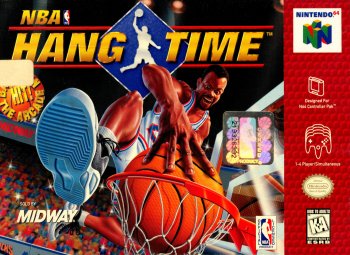 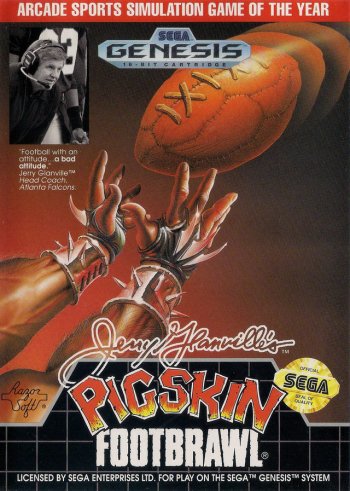 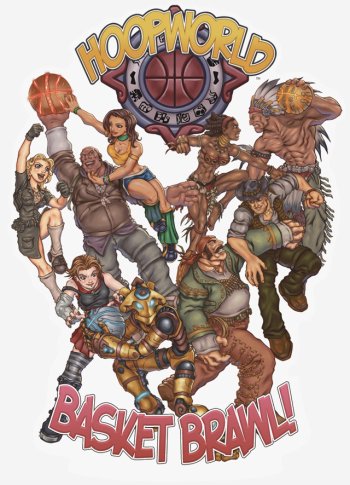 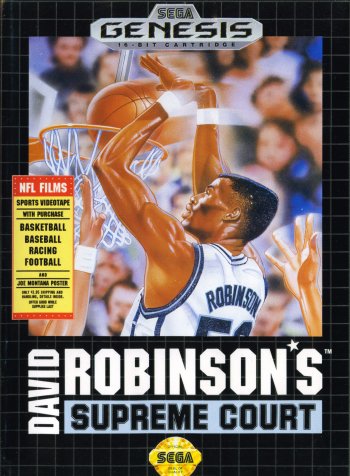