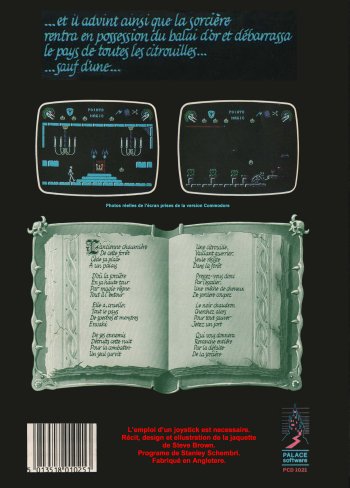 Cauldron II: The Pumpkin Strikes Back

Info
3 Images
Interact with the Game: Favorite I'm Playing This I've Played This I Own This I've Beat This Want To Beat This Want To Play This Want To Buy This
Cauldron II: The Pumpkin Strikes Back is a computer game developed and published by British developer Palace Software as a sequel to their 1985 title Cauldron. The two-dimensional platform game was released in 1986 for the ZX Spectrum, Commodore 64 and Amstrad CPC home computers. Players control a bouncing pumpkin that is on a quest of vengeance against the "Witch Queen". The roles of the two were reversed from the first game, in which the witch defeated a monster pumpkin. Following the success of Cauldron, Palace employee Steve Brown began work on a sequel. To provide fans of the original title with a new experience, a very different gameplay was implemented for the sequel, although several minor features retained connections to the first. Inspired by the bouncing pumpkin character in Cauldron, Brown designed the game around the character's movement. The bouncing mechanic proved problematic for the programmers who were unable to perfect its implementation. Technical limitations also prevented them from implementing certain animations, such as turning pages of a book. Cauldron II was first released on the Commodore 64. It was released in the following years on other systems and as re-releases. The game received praise, mainly for its audio-visuals, in video game magazines. Difficulty in handling the bouncing pumpkin's movement was a common complaint, although reviewers felt the overall package was of good value.
Game Info
Franchise: -
Released: 1986-08-01
Players: 1
Publisher: Palace Software
Developer: Palace Software
Platforms: Commodore 64 Amstrad CPC ZX Spectrum
Genres: Platform Action
Tags: 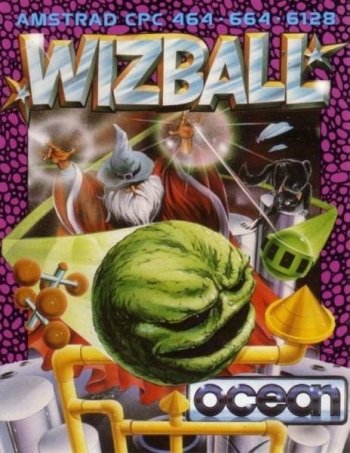