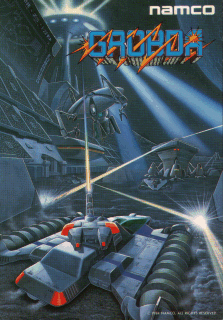 Info
1 Images
Interact with the Game: Favorite I'm Playing This I've Played This I Own This I've Beat This Want To Beat This Want To Play This Want To Buy This
The player must take control of Grobda, a tank trapped in an arena filled with numerous indestructible obstacles and several enemy tanks. When an enemy tank is killed, it will cause an explosion, and any other enemies that happen to be in the blast radius at the time will also suffer the same fate. But if Grobda is too close to the explosion, it will also be killed. Grobda has a shield that offers very temporary protection from enemy fire, but this will soon disappear if it is constantly under attack or shot. Each round is called a "battling", and there are a total of ninety-nine in the game.
Game Info
Franchise: -
Released: 1984-11-01
Players: 2
Publisher: Namco
Developer: Namco
Platforms: Arcade NEC PC-8801 Sharp X1 NEC PC-6001 Sharp MZ
Genres: Shooter
Tags: 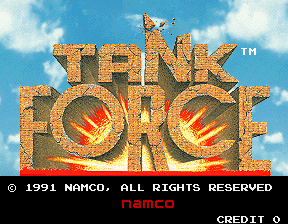