Interact with the Game: Favorite I'm Playing This I've Played This I Own This I've Beat This Want To Beat This Want To Play This Want To Buy This
The Chaos Engine 2 is a video game by The Bitmap Brothers and the sequel to The Chaos Engine (known as Soldiers of Fortune in North America). It was released for the Commodore Amiga in 1996, though was also once set for release for the Sega Mega Drive before this version was cancelled. The Chaos Engine 2 is a top-down action game like its predecessor, but is this time always a split-screen two-player game (with the computer taking on the role as player 2 if needs-be). The characters "Thug" and "Preacher" have been cut for this sequel. An prototype of the Mega Drive version of The Chaos Engine 2 was leaked onto the internet, showing an early build with no computer players, vertical split-screen (as opposed to the Amiga, which splits play horizontally) and only one level. According to an interview gaming site Sega-16 had with Mike Montgomery from The Bitmap Brothers, the games was canceled as no publishing deal could be established. Had it been released, it would have arrived on the console quite late in its lifespan.
Game Info
Franchise: -
Released: 1993-07-01
Players: 2
Developer: The Bitmap Brothers
Platforms: Sega Mega Drive Amiga
Genres: Action
Tags: 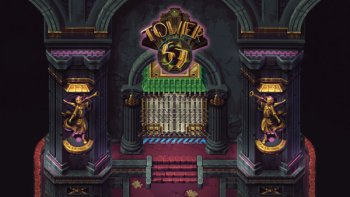