Interact with the Game: Favorite I'm Playing This I've Played This I Own This I've Beat This Want To Beat This Want To Play This Want To Buy This
ClockWerx is a Puzzle game, developed by Axes Art Amuse and published by Tokuma Shoten, which was released in Japan in 1995. The object of the game is to solve a series of increasingly difficult levels by swinging a rotating wand from dot to dot until the player reaches the "goal" dot. Enemy wands that kill the player if touched march in predetermined patterns around each level's grid. The design is such that, with careful timing, the player can swing through seemingly impassable groups of enemies. Players can also swing from the same dot as an enemy by staying on the opposite side of it, since most enemy wands rotate at the same speed. At higher levels, more enemies are introduced, such as doors that open and close when the player's wand passes over a switch, hyperdots that send players to a different dot, and drops of acid that follow the player around.
Game Info
Franchise: -
Released: 1995-12-08
Players: 1
Publisher:
Developer:
Platforms: Super Nintendo (SNES) Super Nintendo Entertainment System Mac PlayStation Saturn PC
Genres: Puzzle
Tags: 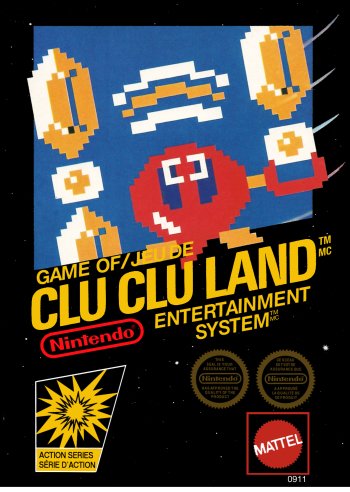