Interact with the Game: Favorite I'm Playing This I've Played This I Own This I've Beat This Want To Beat This Want To Play This Want To Buy This
The first in a series of baseball games that was informally known as "Harisuta", which saw four games published for the Famicom, and two more for the Super Famicom. The starting entry contains 13 teams, 12 of which are modeled after real Japanese teams, while a 13th team (the I team) consists of a team of women players who represent various idols or models who were popular at the time. The game features a single player mode against the computer, a head-to-head mode for two players, or a home run mode where you compete to see who can hit the most home runs. Before the end of 1988, a version of the same game was released with an updated player roster, under the title Kyuukyoku Harikiri Stadium '88 Senshuu Shin Data.
Game Info
Franchise: -
Released: 1988-06-28
Players: 2
Publisher: Taito
Developer: Taito
Platforms: Nintendo Entertainment System (NES) Nintendo Entertainment System
Genres: Sports Baseball
Tags: 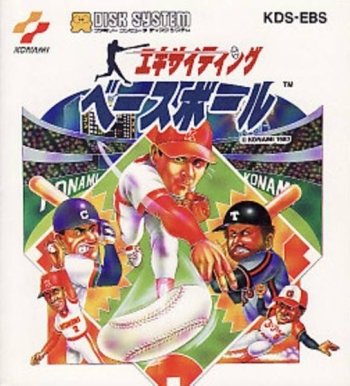