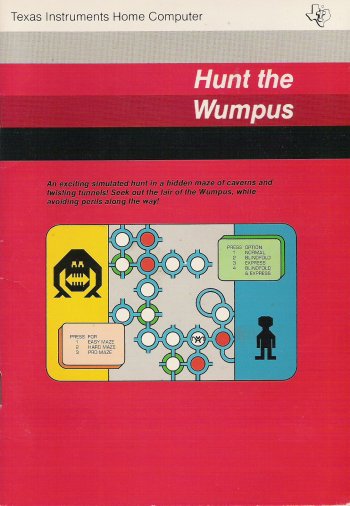 Info
1 Images
Interact with the Game: Favorite I'm Playing This I've Played This I Own This I've Beat This Want To Beat This Want To Play This Want To Buy This
A mythical creature called a Wumpus is sleeping somewhere in a series of maze-like caves, and your goal is to hunt it down. The cave is dangerous, and in addition to the Wumpus there are bottomless pits and cave bats. Walking into a pit ends the game, encountering a bat will cause you to be relocated to a random location in the cave (which may or may not be safe), and walking into the same room as the Wumpus will cause it to wake up and eat you. To help figure out where these dangers are various cave rooms can provide clues. For example, finding blood splattered in the room means the Wumpus is near, or if you feel a breeze then a pit is near. From these clues you need to deduce the layout of the cave and the location of the Wumpus. If you think you know where the Wumpus is, you have one arrow to fire; a hit wins the game, but a miss means you are eaten by the Wumpus. Hunt the Wumpus was originally a text based adventure written for mainframes, and this version maintains the same gameplay however graphical enhancements are added. During the game you have a top down view of the cave as you move from room to room with various colors used to indicate the clues. Depending on the difficulty level selected, the map will show you the entire cave that you have visited so far, or only the current room you are standing in. You may also select from several cave difficulty levels (this affects the complexity of the cave layout). When the game ends, you can optionally view the entire cave to see how close (or far) you came to winning.
Game Info
Franchise: -
Released: 1972-12-31
ESRB: E - Everyone
Players: 1
Publisher:
Developer:
Platforms: Texas Instruments TI-99/4A TI-99/4A
Genres: Puzzle Adventure Text Adventure
Tags: 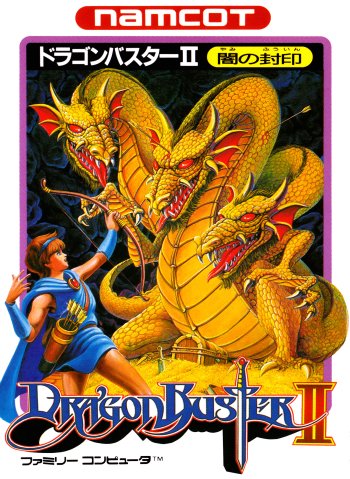