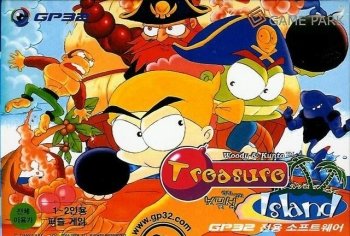 Info
Alpha Coders 1 Images
Interact with the Game: Favorite I'm Playing This I've Played This I Own This I've Beat This Want To Beat This Want To Play This Want To Buy This
Treasure Island is an arcade adventure based on the Robert Louis Stevenson's book. You play the role of Jim Hawkins who has to get to Treasure Island, defeat pirates and defeat Long John Silver. Jim must get on to a ship and avoid the enemies before being whisked off to Treasure Island. On the island Jim must encounter and avoid various pirates. Scattered on the island are cutlasses which can be used to kill pirates blocking his path. Beware though, cutlasses are limited so Jim doesn't want to waste them on any old pirate. Get hit by a cutlass or touched by a pirate and you lose a live sending you back to the start of the screen. Search the island, find Long John Silver and become rich beyond your wildest dreams. The game is viewed from a side, top down view. The game doesn't scroll but flicks to the next screen as you explore this maze. Your score is shown as a percentage of the game completed.
Game Info
Franchise: -
Released: 0000-00-00
ESRB: E - Everyone
Players: 1
Publisher:
Developer:
Platforms: Texas Instruments TI-99/4A GamePark 32
Genres: Action Trivia/Board Game
Tags: 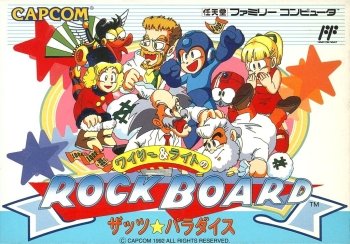