Interact with the Game: Favorite I'm Playing This I've Played This I Own This I've Beat This Want To Beat This Want To Play This Want To Buy This
The intro shows us Iraqi terrorists breaking into an U.N. military camp escaping with the stockpile. Now it's the turn of the British agents Agaippa and Dausus to catch the terrorists and secure the stockpile. This is a classical "Drive & Shoot" game. You are controlling a red sports car, driving down a narrow road, shooting every car on the road while trying to avoid the enemy's gunfire and various obstacles on the road (The story tells us, it's a chase through hazardous countries like Saudi Arabia, Iraq, Thailand, South Africa and more). The difficulty increases from stage to stage. While in the first stages there is almost no hostile activity almost all cars will start shooting you on sight later in the game. Even worse, there are helicopters and jets going to attack you too. Various obstacles on the road will make it harder to keep the upper hand on the street. These obstacles range from cones, to mines and even rather large rocks. Finally there are various intersections where always one will lead into a dead end, causing your car to crash.
Game Info
Platforms: Commodore 64
Franchise: -
Released: 1991-05-07
Players: 1
Publisher: System 3
Developer: System 3
Rating: 0.00
Genres:
Tags: 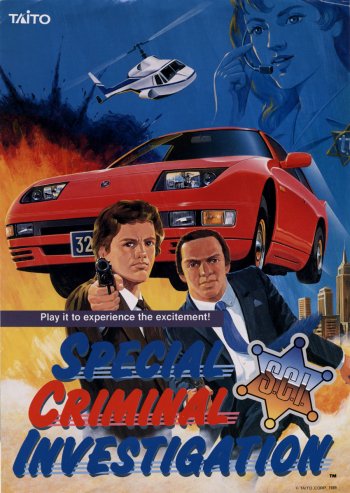