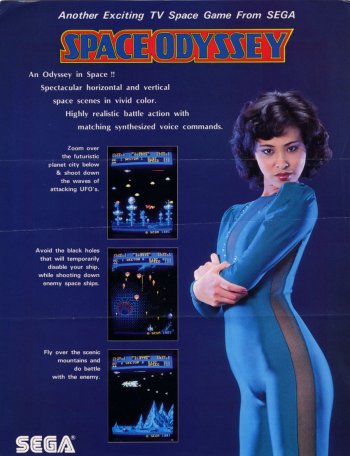 Info
1 Art 1 Images
Interact with the Game: Favorite I'm Playing This I've Played This I Own This I've Beat This Want To Beat This Want To Play This Want To Buy This
Space Odyssey is a multi-scrolling shooter arcade game, released by Sega in 1981 and licensed to Gremlin Industries for US manufacture and distribution; it runs on Sega's G80 Raster hardware, and has no connections to the 1967 film 2001: A Space Odyssey. The player must use an 8-way joystick to take control of a spaceship (which will always be moving forward - either horizontally, or vertically, but you can direct it anywhere) with two buttons to make it fire shots at and drop bombs on enemies. Every round is comprised of seven sectors; the player must kill the attacking enemy ships, for points, while the distance that has been covered by the ship and its current speed are displayed on the right side of the screen. Your distance travelled and ship speed will also determine the bonus you receive at the end of each round - but you should try not to pass over the black holes as they will temporarily immobilize your ship. The meteors you will encounter in the game are also indestructible but you will receive one extra life at a predetermined point value; the point values you receive for killing enemies will also increase with each round, as every enemy is worth 100 points x (the current round number).
Game Info
Franchise: -
Released: 1981-03-31
Players: 2
Developer: Sega
Platforms: Arcade
Genres: Shooter
Tags: 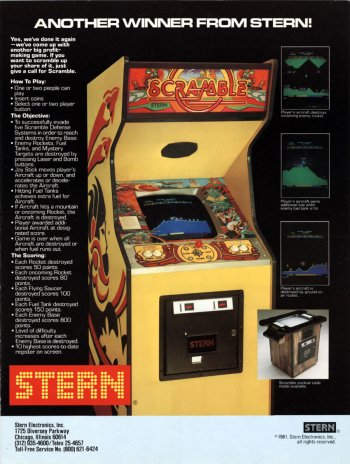 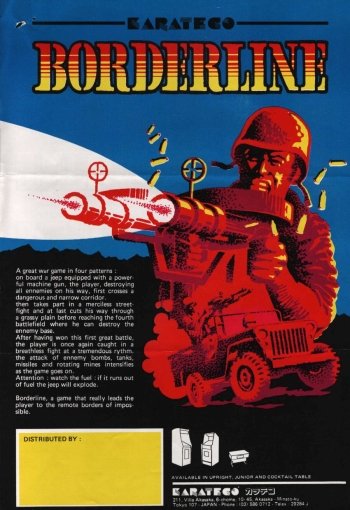