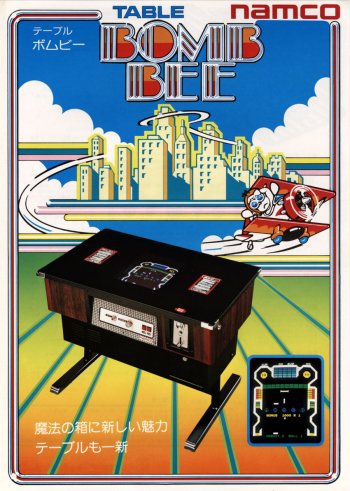 Info
Alpha Coders 1 Images
Interact with the Game: Favorite I'm Playing This I've Played This I Own This I've Beat This Want To Beat This Want To Play This Want To Buy This
Bomb Bee is a Japanese arcade game that was released by Namco in 1979. It is the sequel to Gee Bee, which was released in the previous year. This was a two-player ball and paddle game, which also featured a pinball simulation. A total of 284 cabinets were produced under this name. The genre of the game is to be considered ball and paddle. It is the sequel game of Gee Bee. The maximum number of players is two, and the two players have to alternate. The control is a rotary analog stick. The main object of the game is to move two paddles that ricochet a ball which flies around and needs to hit the colored bricks above it. When the bricks are cleared out of the side sections, it will turn that same side's pop-bumper into 100 points instead of 10. It is bonus multiplier to get the ball to light up the word "NAMCO"
Game Info
Franchise: -
Released: 1979-06-30
Players: 2
Publisher:
Developer:
Platforms: Arcade
Genres: Action Pinball
Tags: 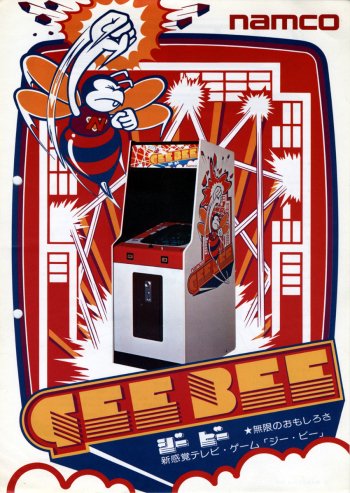 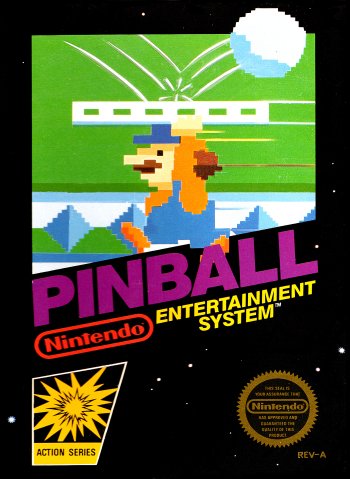