Interact with the Game: Favorite I'm Playing This I've Played This I Own This I've Beat This Want To Beat This Want To Play This Want To Buy This
Depthcharge is a single-player arcade game released in 1977 by Gremlin Industries for the Sega VIC Dual system board. Taito licensed the game and released it as Sub Hunter in Japan. The game, which uses a black-and-white CRT display, presents the player with a cut-away view of a section of ocean, on the surface of which is a destroyer with submarines passing beneath it. The player drops depth charges (up to six at a time) to destroy the submarines and moves the ship back and forth in order to avoid the submarines' mines. Up to four submarines may be present at any given time, each of which bears a score for destroying it that increases with its depth.
Game Info
Franchise: -
Released: 1977-09-30
Players: 1
Publisher:
Developer:
Platforms: Arcade Apple II Commodore 64
Genres: Shooter Action
Tags: 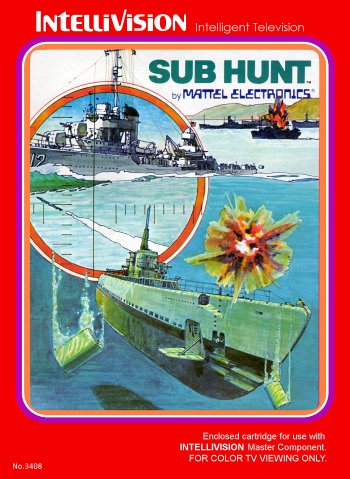