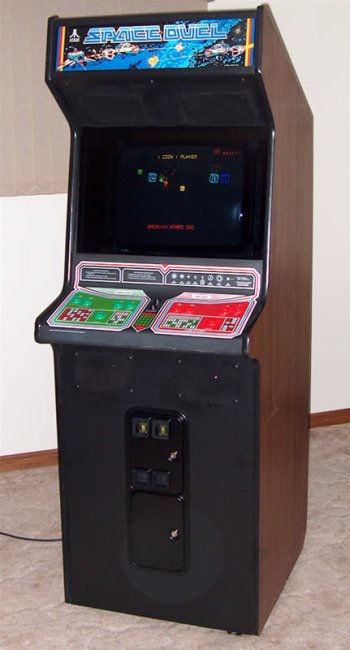 Info
Alpha Coders 1 Images
Interact with the Game: Favorite I'm Playing This I've Played This I Own This I've Beat This Want To Beat This Want To Play This Want To Buy This
Space Duel is an arcade game released in 1982 by Atari Inc. It is a direct descendant of the original Asteroids, with asteroids replaced by colorful geometric shapes like cubes, diamonds, and spinning pinwheels. Space Duel is the first and only multi-player vector game by Atari. When Asteroids Deluxe did not sell well, this game was taken off the shelf and released to moderate success. The player has five buttons: two to rotate the ship left or right, one to shoot, one to activate the thruster, and one for force field. Shooting all objects on the screen completes a level. Space Duel, Asteroids, Asteroids Deluxe and Gravitar all used similar 5-button controlling system.
Game Info
Franchise: -
Released: 1982-02-28
Players: 2
Play Modes: Coop
Publisher:
Developer:
Platforms: Arcade Atari 7800 PC Xbox 360 Games Store
Genres: Shooter
Tags: 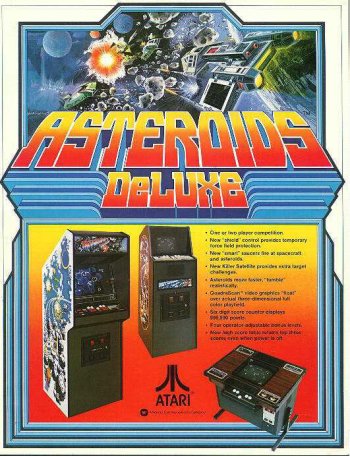